Degree in Law (J.D.) and Master’s degree (LL.M.) by Esade University, Barcelona (1999)
Academic exchange at Karl-Franzens-Universität, Graz, Austria (1998-1999)
Master’s degree (LL.M.) from Columbia University, New York, where he was awarded a Harlan Fiske Stone Scholar prize for academic excellence (2004)
Recipient of a “La Caixa” Scholarship to pursue advanced legal studies in the United States (2002)
He has attended the “Leadership in Law Firms” at Harvard School (Boston 2014)

Expert advisor to the World Bank in the creation of the project “Invesment Accross Borders”
Chair of the International Investment and Development Committee and Ambassador for Spain of the American Bar Association
Academic partner of ESADE Law Faculty in the field of management strategy
Daniel Marín has passed the exams to become an English Solicitor (2001) and a New York State attorney (2004)
He was Secretary of the Board of Directors in Catalunya Banc. (2013-2015)

He has published many articles, including several contributions to the International Lawyer. He is an assiduous collaborator of Doing Business in Spain, published by Matthew Bender. He was partner for Spain of the World Bank Project Doing Business every year since 2006. He is a frequent lecturer and has written various articles on mergers and acquisitions, foreign investment in Spain and bankruptcy 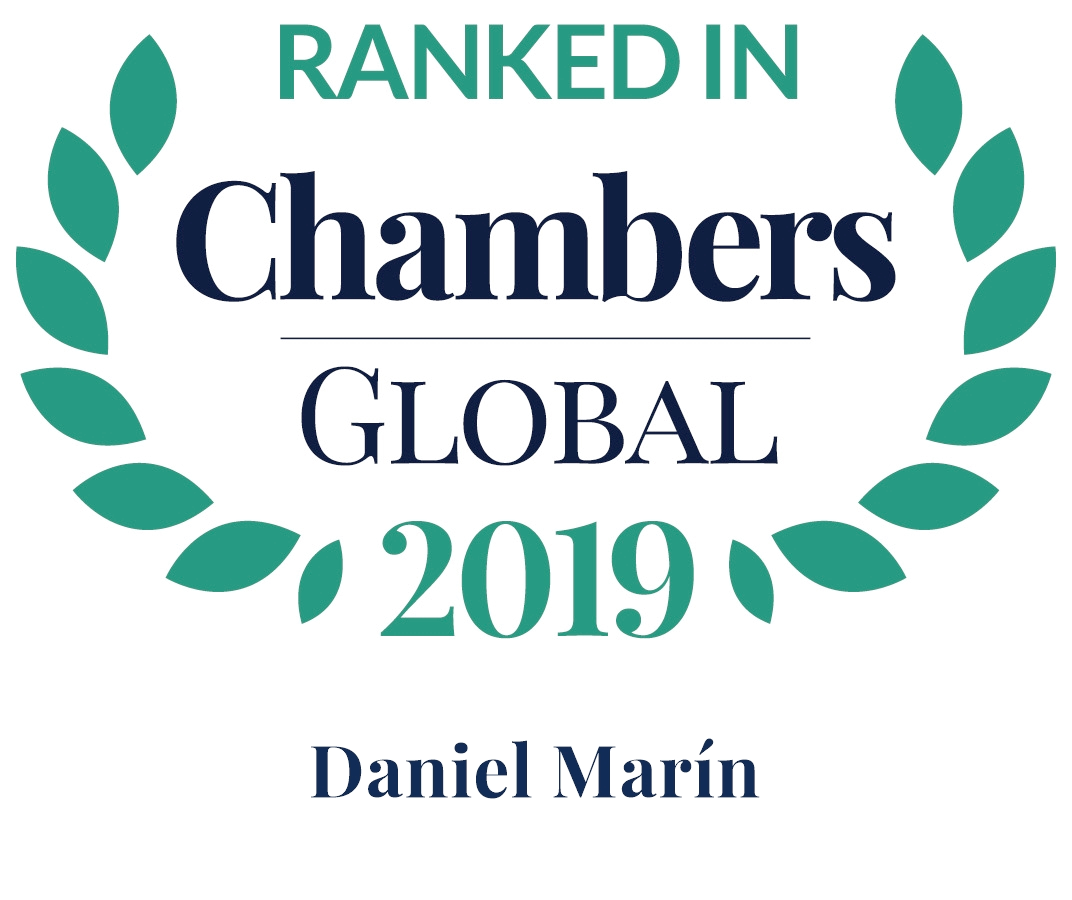 "He understands how things work in Cuba, he's a great interlocutor and has excellent client service. He is a top professional."